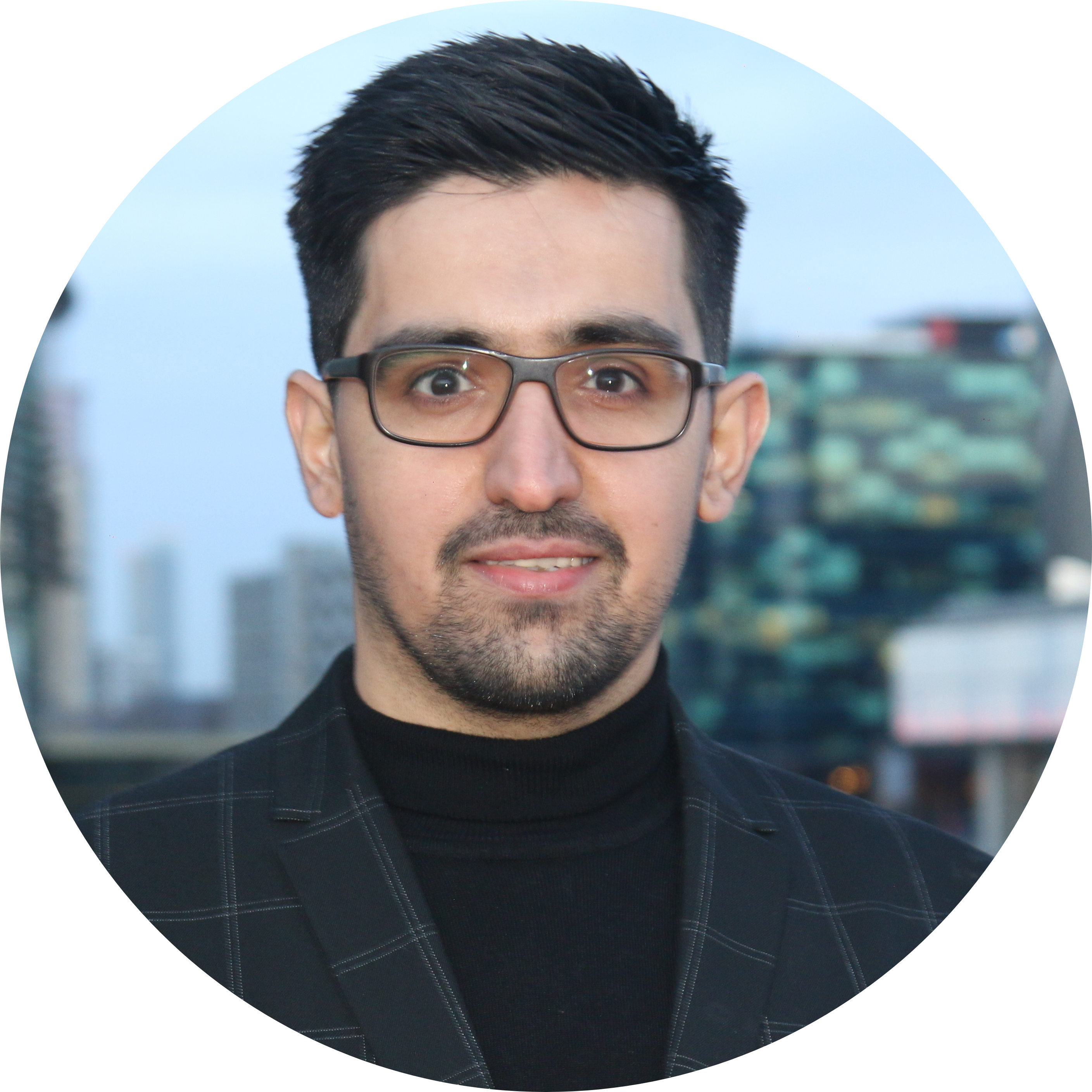 Many people are concerned about the current state of freedom of speech in the Kurdistan Region of Iraq (KRI), in particular following the six-year prison sentences handed down last month for two journalists and three civil society activists based on “flimsy evidence” of spying and undermining national security. There is serious concern about what will happen in the coming years under the reign of Prime Minister Masrour Masoud Barzani (MMB), whose approach to governing reflects his background coming up in the Region’s security, military, and intelligence services.

The dynamics of the Kurdistan Region’s political climate have been relatively stable since it gained autonomy in the early 1990s: the same political system, the same political parties, and the same family dynasties. However, something changed at the top of the spectrum recently when the third generation of the Barzani clan and the second generation of the Talabani family rose to power. Among the most prominent of this new crop is MMB, who took over as Kurdistan Regional Government (KRG) prime minister in the summer of 2019.

His father President Masoud Barzani’s resignation following the failed independence referendum in 2017 cleared the way for MMB to increase his power, albeit with one obstacle in the way: his wealthy cousin and then-prime minister Nechirvan Barzani. Nechirvan had been the Kurdistan Democratic Party’s (KDP) sole candidate for the premiership since 1999.  Masoud Barzani solved the problem by shifting his nephew Nechirvan to a symbolic presidency and his son to the premiership and endowing it with significant powers, leaving himself as the “real boss” and critical decision-maker. In doing so, some argue, he wanted to preserve his dynasty as a legacy project. Others suggest that he remains the mastermind behind the scenes, further undermining democracy in the autonomous region.

On the one hand, the succession and shifts in power between father, son, and nephew have not changed dynamics in practice regarding long-term issues in the Kurdistan Region, including endemic corruption, economic disfunction, pervasive unemployment, and family rule. On the other hand, the rise of MMB with his intelligence background appears to have deepened pre-existing hostility to free speech.

From bad to worse

Despite its reputation as a refuge, Kurdistan has never been particularly safe for internal critics of the KRG. Over the last two decades, journalists have been harassed, jailed, tortured, kidnapped, and killed by the two powerful ruling parties, the KDP and Patriotic Union of Kurdistan (PUK), which have full control of the military and intelligence services. In spite of this hostile environment, people were allowed some freedom to protest and a limited kind of free press existed in the first few decades of the Region’s existence. MMB’s shift from the intelligence sector to the top rung of government, however, has raised concerns that it will become even more difficult for journalists and critical voices. During his wide-ranging, inaugural 25-minute speech in parliament, MMB did not mention press freedom or the rights of journalists to access information and work without fear of prosecution. The initial warning signs proved accurate, with indications that the rights situation in the Kurdistan Region will continue to deteriorate in the coming years.

The decline of the freedom of expression, particularly in the KDP-controlled areas of Erbil and Duhok, is most visible in MMB’s crackdown on journalists and activists. Lawmaker Gulistan Saeed, who is the chair of human rights committee in the Kurdistan Parliament, revealed that more than 70 journalists and opposition activists were arrested in Duhok province for criticizing the government and organizing demonstrations. Some of them were accused of merely using emojis, “likes, and comments” on social media. Among those rounded up were two journalists and three activists who were later sentenced to six years in prison based on their activities on social media and exchanging journalistic information over messaging apps.  Seven days before the trial began, MMB called the defendants “spies and armed vandals” during a press conference, making it clear what outcome he wanted to see. The verdict was criticized locally by major political figures, including his cousin President Nechirvan Barzani, and by international organizations as a violation of rule of law and freedom of the press and speech.

Quantitatively, violations against journalists reached new heights in 2020. According to local media watchdog Metro Center, there were here were 385 violations against 291 journalists last year, with 74 journalists detained or arrested without a legal warrant. The Peace and Freedom Organization’s annual report found that human rights violations in the Kurdistan Region increased by 133 percent compared with 2019, from 87 cases to 207. The crackdown targeted not only local opponents: Human rights organization Kurdistan Watch reported that during the final two months of 2020 at least 50 Kurds were arrested in Makhmoor refugee camp for alleged affiliation with the Kurdistan Workers Party (PKK), a bête-noir of Barzani ally Turkey.

As the eldest son of Masoud Barzani, MMB is the first in line to succeed his father and heir to the most powerful family dynasty in Greater Kurdistan. Following his studies in London and Washington, he returned to Kurdistan in 1998 and was appointed General Director of the Protection and Intelligence Agency when he was just 29-years-old. He was later appointed as the first Chancellor of the KRI’s Security Council by his father. He has been the de facto commander-in-chief for most of the Region’s security and intelligence forces since 2012, particularly in Erbil and Duhok.

In 2010, shortly after he was given a leadership slot within the KDP, he faced a situation similar to the one Saudi Crown Prince Mohammad bin Salman (MBS) did following Jamal Khashoggi’s brutal murder when 23-year-old student and journalist Sardasht Osman was abducted outside his university campus in Erbil and later found dead in Mosul. At the time, many argued that the only suspect which had both motive and means to pull off the abduction was the KDP’s intelligence agency ‘Parastin,’ which was led by MMB. Given that the security situation in Erbil is completely controlled by the KDP, the security forces’ explanations of what happened are below the bar of credibility. But unlike the MBS’s case, there was little pressure applied internationally to hold MMB accountable.

Some observers see a direct connection between MMB’s previous career as an intelligence officer and his creeping authoritarianism.  “He seems to see everything from a security point of view. Since this Cabinet assumed office, not only journalists but also anybody else who has dared to speak up has either been physically assaulted, verbally abused or arrested without charge,” veteran journalist Asos Hardi told VOA.

Big Brother: Which Path to Choose?

George Orwell’s novel “Nineteen Eighty-Four” describes a dystopian dictatorship where “Big Brother is watching you.” In the context of the Kurdistan Region, the alliterative authoritarian symbol has become a nickname that many KDP supporters use in reference to MMB. You can find Facebook, Instagram pages, and accounts on social media with thousands of followers that use the nickname, but in a positive manner reminiscent of the doublethink in the Orwell novel.

What is quite clear from the beginning of MMB’s term as prime minister is that he has already chosen a path towards authoritarianism. But we still need to wait a little longer to finally call him “Big Brother,” not with the love and respect of his supporters, but out of fear and tyranny.

*‎Hakeem is a Kurdish journalist and researcher. He holds an MA in ‎international journalism from the University of Salford, UK. He has worked for several major media outlets in the last 13 years in Iraqi Kurdistan. He has written extensively on journalism, democracy, the rule of law, and human rights for Iraqi and international media outlets in both English and Kurdish languages.