In winter 1999, the leaders of the Kurdistan Workers’ Party (PKK) held their sixth congress in the Zagros Mountains. At the time, the party’s leader, Abdulla Ocalan, was out of reach. His situation had been the congress’ priority.

Even though two high members of the PKK who returned from Europe to participate in the congress had said Ocalan’s situation was good, PKK’s leadership formed a committee aimed at investigating Ocalan’s situation. Osman Ocalan and Mustafa Qarasw had been heading towards Iran for this purpose when they heard the shocking news.

“On 15th of February 1999, Mustafa Qarasw and I went to Iran, we were on the way when one of the guards asked us: ‘Do you know that The Leader has been arrested?’ We also heard on the BBC radio when Turkish Prime Minister, Bulent Ecevit, announced Ocalan's capture,” Osman Ocalan, the brother of jailed Kurdistan Workers' Party (PKK) leader, Abdullah Ocalan, told Peregraf.

Back then, Osman Ocalan was a member of PKK’s executive committee. He says the news was much too painful, “On the heights of the district located in eastern Kurdistan, we had a PKK tent and some of our friends were there, I talked to them, everyone was crying, the situation was sensitive.” He also added “later some of our leadership members, notably
Cemil Bayik and Murat Karayılan, settled on holding a small meeting to discuss the situation. Finally, we decided to announce a revolution.”

During the evening of the same day, Osman Ocalan announced the PKK’s first reaction towards the capture of its leader through MED TV, “I stated in both Kurdish and Turkish language that there is only one way to protect Apo’s (a name uses by his followers to call him) life and our nation’s achievement - revolution. Kurds from all the parts of Kurdistan must rebel.” 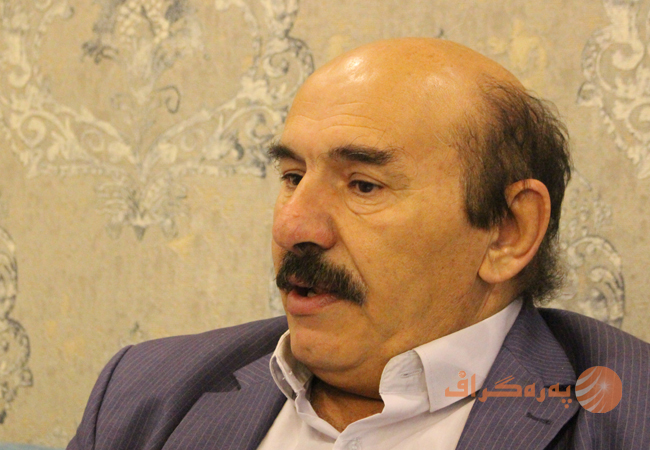 Osman Ocalan in his house in Erbil    Photo:  Farman Hamadamin/Peregraf

Today marks the 20th anniversary of the day when Abdulla Ocalan was arrested in Kenya and taken back to Turkey. Ever since, he has been kept imprisoned in Imralı, a small Turkish island located in the south of the Sea of Marmara.

Ocalan’s kidnapping was followed by a fierce reaction from Kurds all over the world through protest marches and even self-immolation by some of his supporters. Even though at first Ocalan was tried and sentenced to death, in October 2002, Turkey converted Ocalan’s sentence to life imprisonment as a result of the country’s abolition of the death penalty.

The last time Osman talked to his brother was on January 1999, “Ocalan was in Russia, we were in Qandil, and talked to him for 15 minutes through a device.”

In this call, Ocalan had sent a message to the late Jalal Talabani, the former Secretary General of the Patriotic Union of Kurdistan (PUK), “Ocalan sollicited Talabani’s support. We delivered the message as we knew that Talabani would be eager to solve the problem. We also told Ocalan to take care of himself and not to let bad things happen. Unfortunately, before Talabani could do anything, a mistake occurred, with unfavorable consequences as it ended with Ocalan’s capture.”

Osman Ocalan in his house in Erbil    Photo:  Farman Hamadmin/Peregraf

Osman, 9 years younger than his brother, argues that part of the kidnapping was Ocalan’s fault, “There was no committee around him, not an intellectual one, all of them were normal cadres. The ones who were with Ocalan should have been from a Politburo or central committee members. Ocalan was alone, he didn’t want anyone to be with him.”

“He has too much self-confidence, he thought that he possessed the answers to all questions. He was wrong in this regard. A great leader should receive intelligence information on a daily basis, but he had no such thing. Apo believed in himself, but he was not surrounded by competent people. He did not have much information, he was weak in this regard.” 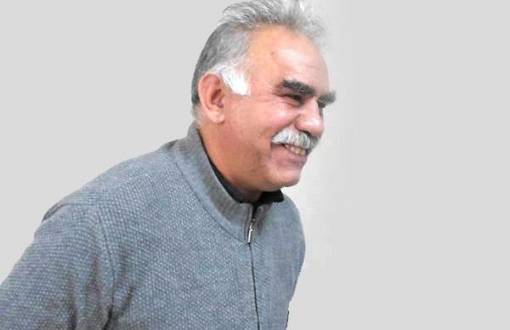 “Mahir Wilat had promised Apo on behalf of Russia and his promise was fake, it was a trap. Russia had told Mahir that they would put all their efforts in Ocalan’s case, but it was false, they had deceived Ocalan. This is why he had gone to Russia and then to Greece and finally to Kenya. In Nairobi, he was kidnapped by Turkey with the help of MOSAD and CIA.”

Mahir was a PKK’s cadre from Northern Kurdistan, later he fled from the PKK, and Osman Ocalan says “Now, he lives in Russia as a servant of the country’s intelligence agency.”

Regarding the second one who is accused by Osman Ocalan to be involved in the plot against his brother, he says “Kani Yalmaz had ties with a German intelligence agency. He was the PKK’s representative in Europe and he had a bad character. He was killed in 2007 in the city of Sulaimanya.”

Osman was one of the early members of the PKK and he was senior in ranks. But he had withdrawn from the PKK in 2004 and now lives on the outskirts of the Iraqi Kurdish capital city, Erbil. Despite his criticism, he confirms that Abdulla Ocalan had been great leader. 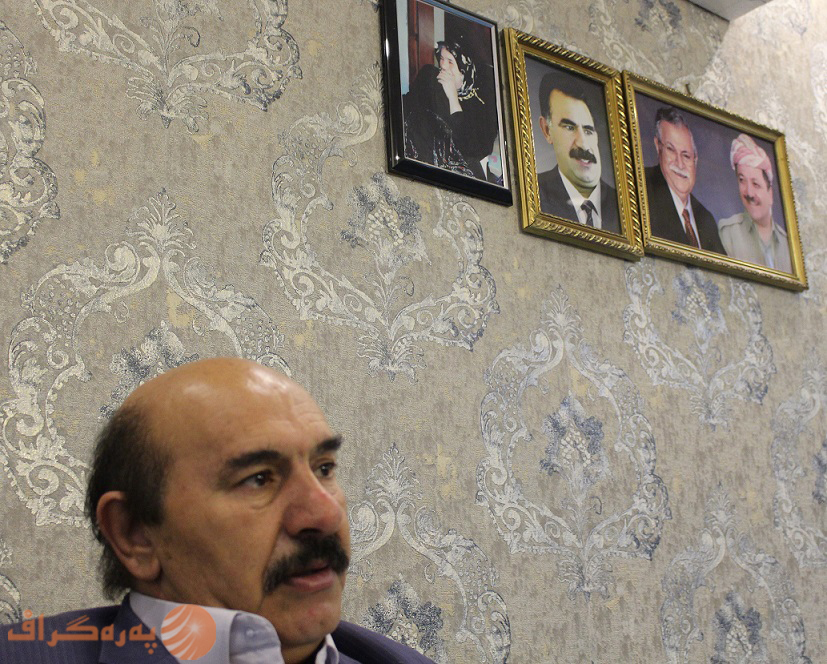 A picture of Abdulla Ocalan can be seen behind Osman Ocalan which is between a picture of Talabani-Barzani and a picture of his elder sister whom was the first one to visit Ocalan in prison.

“Ocalan was living for resistance; he devoted his life to resistance and struggle, even when he was in Levant he represented the need for resistance. When he had been in Syria, and Lebanon faced lots of challenges, he did not even have a house to stay. Ocalan never used resistance to his own interest.”

Abdulla Ocalan has been isolated in prison. Since the summer of 2011, his lawyers have had no access to him. Last month, his brother, Mohammad, visited Ocalan and it was the first ever of its kind in two years, as no one from his family could reach him since 2016.

Osman also states that he has not received any special message from his brother from prison, “He didn’t consider himself as a member of the Ocalan family, but feels a sense of belonging to all the Kurds. He dedicated himself to the nation’s interest and the revolution. Having put the nation before all other things, he considers himself as the nation’s leader.” 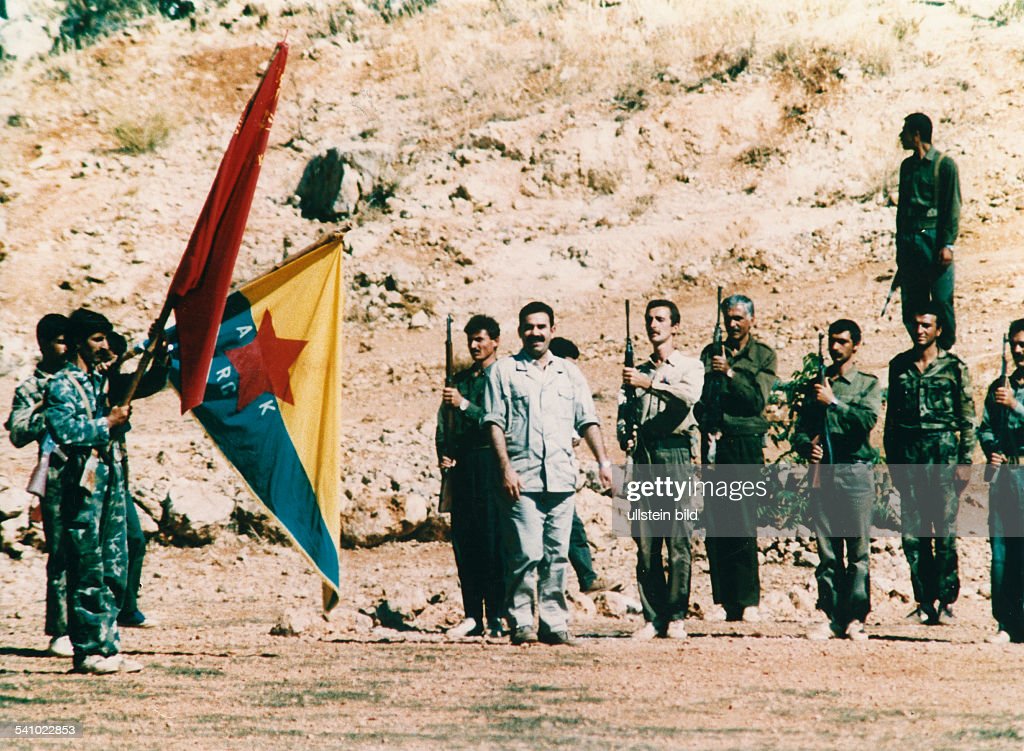 After he left the PKK, the party considers Osman Ocalan as an opponent and he thought it was due to his criticism towards them, “I criticize Abdulla Ocalan, but I admit he is a great leader and this is not without proof. He has the special ability of being a leader. Ocalan is a very serious person, he is a struggler, he dedicated his entire life to the revolution, and he never put his own interest first. Ocalan is a special human being and well-versed with respect to ideology and conflict.”

Since his imprisonment, Ocalan has written more than 10 books and has influenced Turkey politics and the PKK’s decision. He was also the engineer of the peace process between Turkey and the PKK which ended after two years of discussion. The truce fully collapsed in July 2015, with the renewed full-fledged warfare in South-Eastern Turkey.

Abdulla Ocalan has studied Political Science at Ankara University. His brother mentions, since his childhood, Ocalan was smart and talented, “Ocalan has been successful in his entire life. He had a university colleague named Kamal Pir, who says they never believed that Ocalan could pass the class tests, since he was too busy, but when it comes to the examinations, he would pass.” 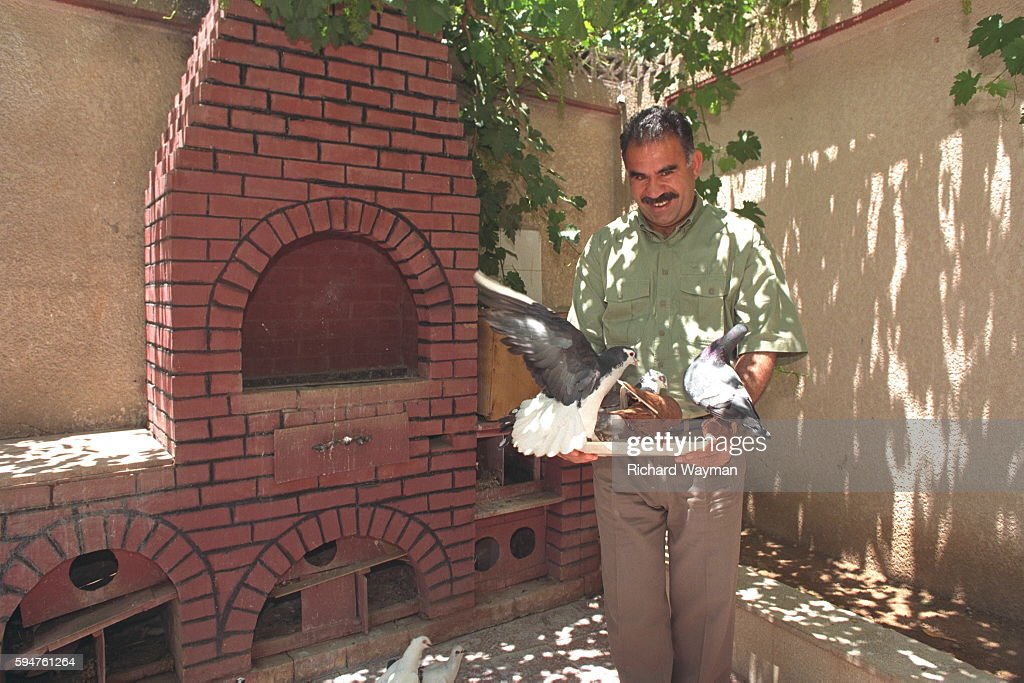 Ocalan has grown up in a poor family. Osman says once his primary school’s teacher told his father “Do not let Abdulla drop school even if you have to sell your house and all your entire property, because he will have a bright future.”

Osman cannot return to Turkey, as he mentions, if he is arrested, he would face the same punishment as his brother, which is life imprisonment. “But if one day an opportunity comes, I would love to visit Ocalan. He is my brother and my old friend, and I never doubted his greatness. That report which accused me to show my desire to replace his position in the PKK was fabricated, and has been sent to him by the PKK officials.”

Regarding the current situation in Turkey and the ongoing war between the PKK and Turkish army, Osman thinks the Kurdish question in Turkey cannot be solved without Ocalan, “Every layer of society accepts Ocalan, they consider Ocalan’s freedom as their own freedom. This is true for all the four parts of Kurdistan, especially the Northern part. This is why the issue cannot be solved without him. The people say if Ocalan would be in the process, they would agree with all the matters. People mainly have a bond with Ocalan rather than the PKK.”