Britain, the United States and Germany will not support the Kurdish Peshmerga forces if the Kurds do not abide by the reform within these forces which might take as long as 15 years, the United Kingdom's Consul General in Erbil, Martyn Warr, told Peregraf in an exclusive interview.

In his days serving as the UK’s Consul General in Erbil, Martyn Warr spoke to Peregraf about the relations between the United Kingdom and the Kurdistan Region of Iraq, the ongoing reforms in the Peshmerga forces and the importance of independent media in the Kurdish region.

Relations between Kurdistan Region and the UK

Martyn Warr stated that the relations between Kurdistan Region and the UK "has changed and it has improved" compared to two years ago when the referendum for an independent Kurdistan was held in the region, "we had a different view from the government and we opposed the referendum but the government was in favor of it. We said it would lead to some consequences and we think it has, and the relation was cold as the result of the referendum, but now it is warm again."

The United Kingdom, along with the United States, and the United Nations and many other regional counties were opposing the Kurdistan Region’s independent referendum on September 25, 2017 in which some 92.71 percent of Kurds voted in favor of independence. The result was met with celebration across the Region – but their joy was short-lived.

The Iraqi government quickly took punitive measures – even though independence had not been declared – including an international flight ban, the closure of border crossings, the punishing of referendum supporters in the disputed areas, and finally attacking and retaking oil-rich Kirkuk and other disputed areas from the Peshmerga forces.

Reform within the Peshmerga

After the war against ISIS erupted in the mid of 2014 and Peshmerga forces where intensively engaged, the coalition forces set a plan to reform the Peshmerga. By 2017, a comprehensive plan had been developed, the first step of which was the establishment of a separate directorate with the "internal capacity" for reform.

The reform plan, entitled "The Peshmerga in the Future," was agreed by the KRG. Since then, the Peshmerga reform directorate had been formed.

"We have worked with Peshmerga to defeat ISIS and that work, training, is continuous. We will refine it so that it is more precise to the threat ISIS offers now, because that threat has changed over the last years, we want to examine how to expand and smarten that training," the Consul General said.

"We are advisers, we have a lot of experience in change and reform in military organization, and we are offering that in conjunction with Germans and Americans so the KRG can see how it can change the Peshmerga."

He also stated that they have some objectivities to be achieved with this reform in Peshmerga, "so that it is more affordable, it costs too much money, it is more accountable, so it is responsible to the government and the Ministry of Peshmerga, not to political parties. And it is more capable so it is a more professional military force. If it can be smaller, it will be better able to do the job of modern military forces using modern technology."

When asked about the achievement of the reform so far, Martyn Warr said "The biggest achievement which Peshmerga established on our advice, is a framework for reform.  Which includes the objectives of accountability, affordability and capability. It also integrates more with Iraq security forces and continues to counter ISIS." He added: "We now have a reform directorate within the Peshmerga Ministry, so group of people who do nothing else but pressurize, develop reform within the Peshmerga, that’s now being overseen by the minister, and our hope now is with the new government we can accelerate that process and begin to turn theory into practice."

The Consul General admitted the difficulty of such a reform in the Peshmerga forces, and said "This will take many years, and this is normal and might take longer in Kurdistan. It will take 10 to 15 years, because we are changing something very radically and the culture of Peshmerga is very deeply rooted." He also described the reform as "a fundamental change in power structure in Kurdistan." 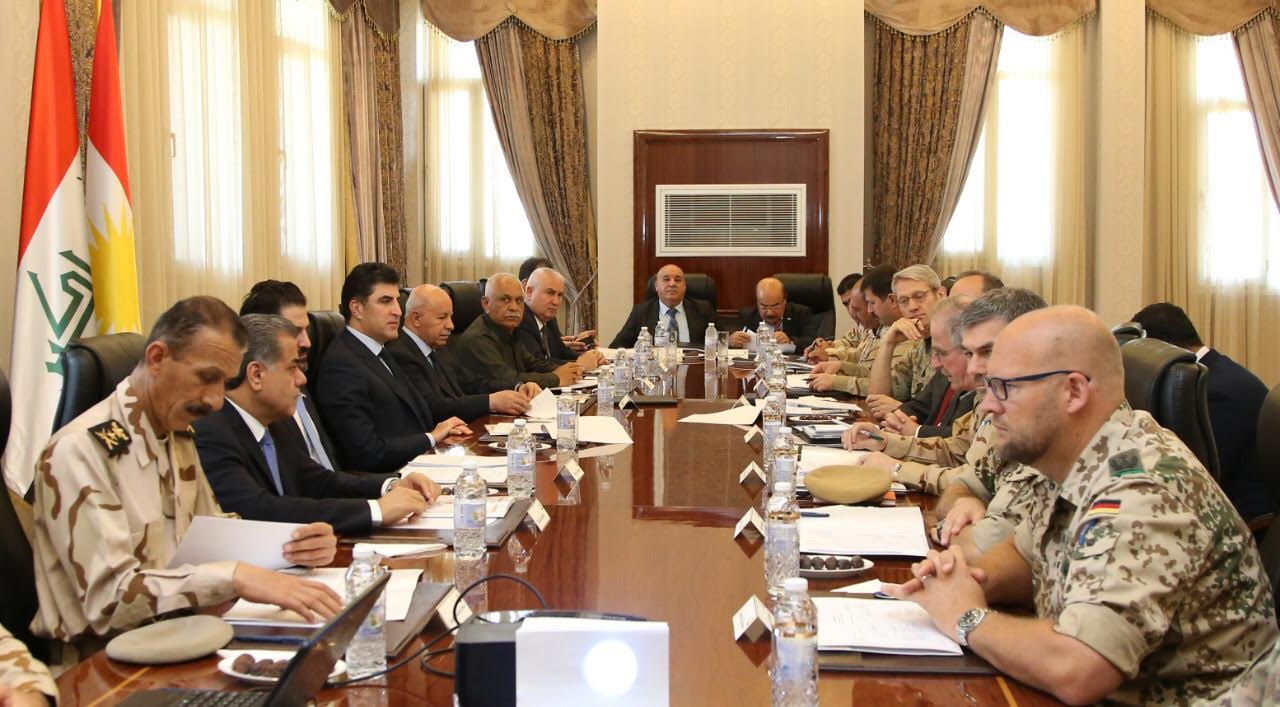 A meeting of coalition forces with the KRG officials regarding Peshmarga reforms. May 7th, 2017.

According to some unofficial data, there are over 200,000 Peshmerga in the Kurdistan Region. Unifying the forces has been a key concern for the ministries of Peshmerga over the past decade as most Peshmerga are aligned and under the direct command of either one of the two leading Kurdish parties: the Kurdistan Democratic Party (KDP) and Patriotic Union of Kurdistan (PUK), or some individuals within those two parties.

When asked if it is easy for the KDP and the PUK to give up their forces, Martyn Warr described this issue as "the heart" of whether they could succeed or not, "but it has to happen. It goes to the point of accountability, the Peshmerga is subject to the command of the government, not to the parties or the individuals, and it is a prerequisite of the success of the reform program. That's why it is going to be difficult and will take time, and compromise will be needed."

If the Kurdish political parties who have their own Peshmerga forces do not abide by the reforms, the coalition would have its own reaction.

"If they do not do this [reform], we will not provide support. The U.S. and Germany will not support [Peshmerga] as well," Martyn Warr said, "We will put a question mark, why should we support Peshmerga? We’re beginning to support something that we don’t agree with. It is impossible for me to say what the situation will look like in five years or ten years. If we can’t develop the collaboration we are talking about, it is very difficult to imagine that we will be supporting Peshmerga to the same degree in the future as we do now."

"However If ISIS is knocking on the door of Erbil and the Kurdistan government requested help and support, we would not say no you did not reform the Peshmerga. We do short-term trainings and we do reform in the long run, so that the training is not necessary for a long term, because different Peshmerga forces are able to do the job of countering ISIS themselves."

UK and his partners want to establish a professional and national Peshmarga force for Kurdistan Region of Iraq. Photograph: Peregraf

Regarding the presence of opposition parties in Kurdistan, the Council General emphasized "the more political plurality and variety, the better the political system. It is really important for the health of a political system and democracy that you have an active government and an active opposition."

As Kurdistan Region goes ahead in the formation of a new cabinet, the biggest former opposition party, The Change Movement, has decided to participate in the upcoming government. However, there are still some other parties which will be in the opposition for the next four years.

Democracy in Kurdistan is still "young"

When asked about whether he believes that the main principles of democracy exist in Kurdistan, UK’s Consul General said: "The key thing is that in many countries you have different political entities which do not look like democracy but actually it works. There are enough check and balances in the overall system. And here [Kurdistan Region] the real important point is that the democracy is young. Between 1991 and now, many things have happened which have made it very difficult for democracy to settle and grow. Some of the things were external and unavoidable and some of them were internal and avoidable."

Regarding the rule of families in Kurdistan, he stated: "We do have families here that have sort of natural power for historic reasons, whoever they are, those families need to be balanced by parliament and political parties including opposition parties." 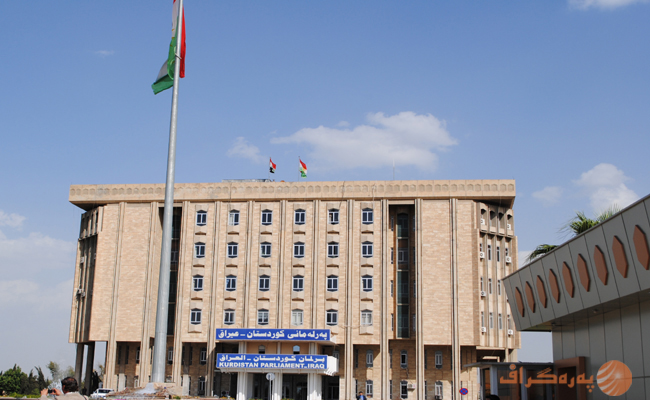 In the current Kurdistan Parliament there are some opposition factions beside those who participate in the new government.

Recently, Jeremy Hunt, UK’s Secretary of State for Foreign Affairs set out his vision to improve media freedom worldwide. Also, the British Consulate General in Erbil adopted the vision to defend media freedom in Kurdistan Region, "we think independent media is a fundamental part of a healthy society, they reveal things that otherwise would not be public. Keeps people, government, companies and individuals accountable. In Kurdistan it is one of the elements of a modern, vibrant, open, transparent and successful society. You have an important role to play in the future of Kurdistan," pointing to Peregraf, Martyn Warr said.