Acting German Consul General to Peregraf’s workshop: independent journalism is a prerequisite for a functioning democracy

Peregraf’s Intensive Journalism Training Workshop kicked off in the city of Sulaymaniyah with social distancing and hygiene measures. Sven Krauspe, Acting German Consul General, stressed on the importance of independent journalism and his country’s support for such activities.

The workshop is part of a 3-month training course for experienced journalists in the Kurdistan Region of Iraq, supported by the German Federal Ministry for Foreign Affairs, aimed at increasing the knowledge and the ability of experienced journalists across the Kurdistan Region in terms of ethics, law, investigative journalism, and editing skills to apply and to disseminate these concepts in their broader work sphere.

Out of 138 applicants (103 male and 38 female), Peregraf has chosen 12 qualified journalists (Six female, six male) based on gender and geographical proportion. Five of the trainees are from Sulaymaniyah. And the other seven trainees are from Erbil, Duhok, Rania, Khanaqin, Kirkuk, and Kalar.

Sven Krauspe, Acting German Consul General, virtually opened the workshop with a speech in which he stressed on the importance of such activities and showed his contentment for having trainees from all over the Kurdistan Region and Disputed Areas. 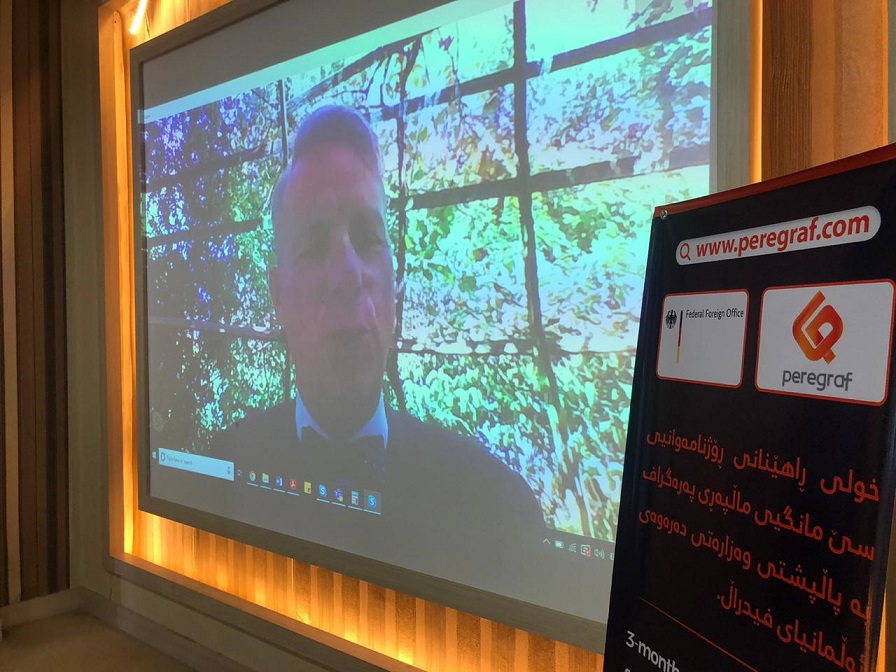 Acting German Consul General also pointed out that The Federal Republic of Germany believes in the crucial role of journalists all over the world, and independent journalism is a prerequisite for a functioning democracy.

The first day of the workshop was dedicated to Ethics and Law which was taught by Dr. Saman Fawzi, an expert of the subject, with an intensive discussion with the trainees on the major legal barrios in front of journalist in the Kurdistan Region of Iraq, and the responsibilities of journalists towards the public. 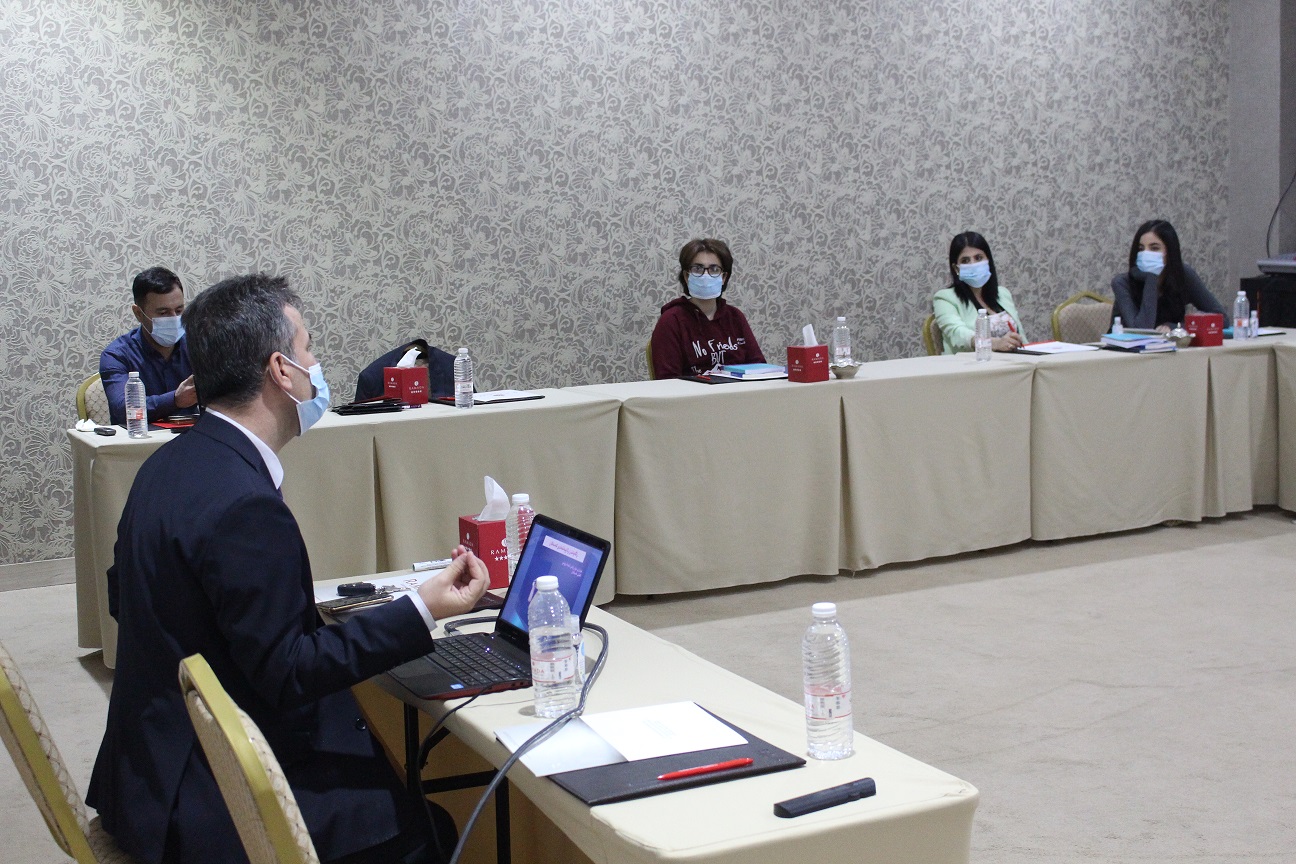 Peregraf’s Intensive Training Course Project is a six-day intensive workshop follows a monitoring period for two months in which trainees’ daily reporting will be monitored by two monitors, and feedback and monitoring reports will be sent back on a weekly basis to the trainees and the project managers for evaluation. Moreover, two virtual discussion sessions will be held among trainees, trainers, monitors, and project managers after completion of the investigative reports, and at the end of the project. 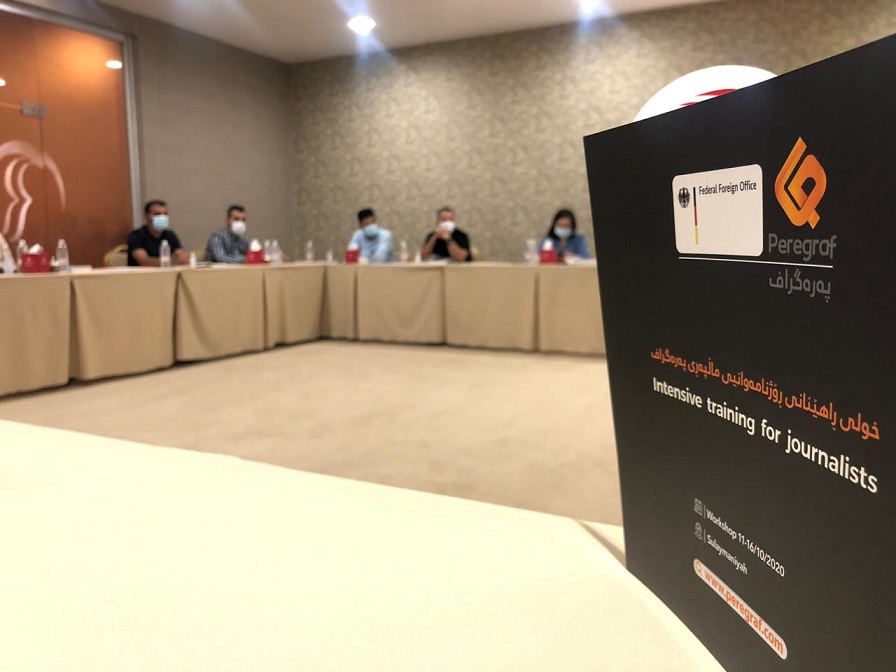 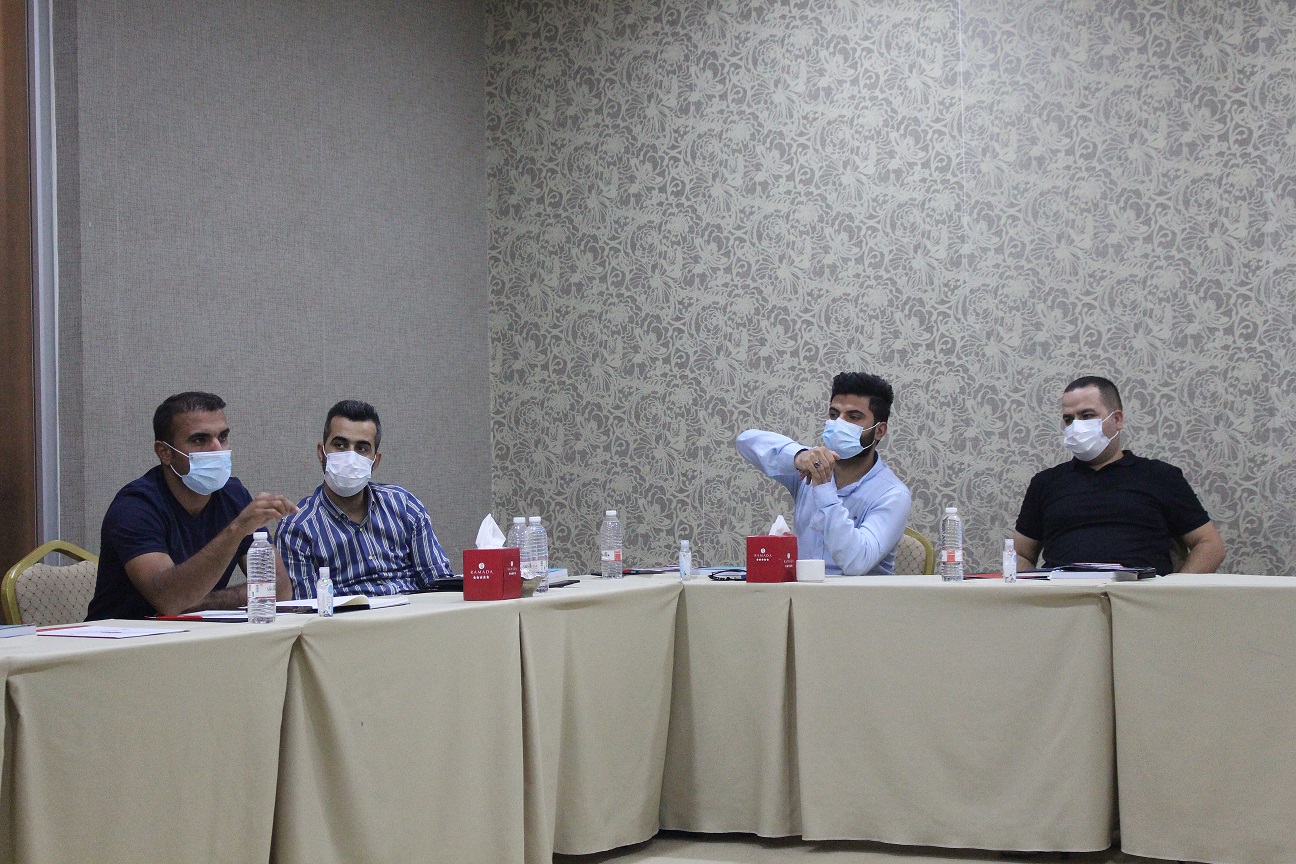 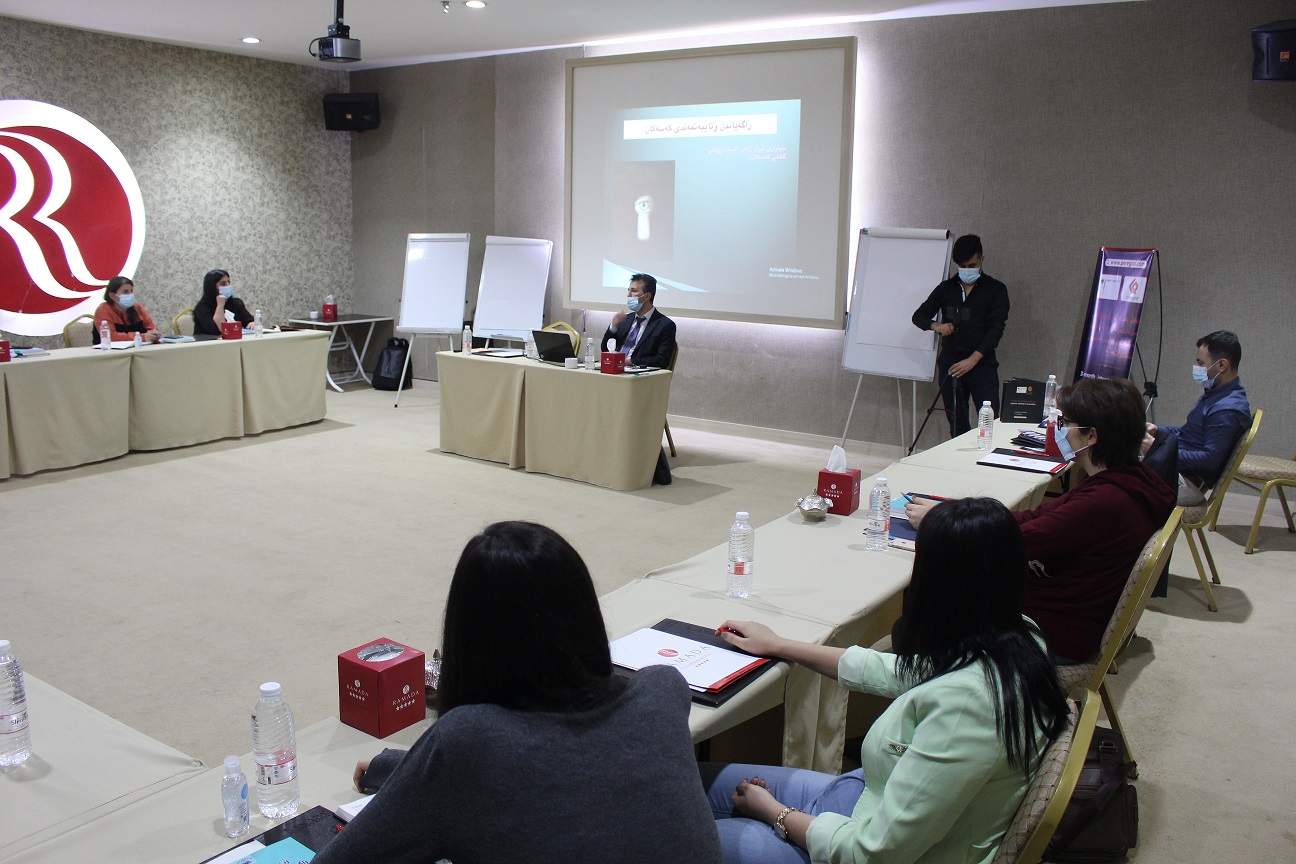 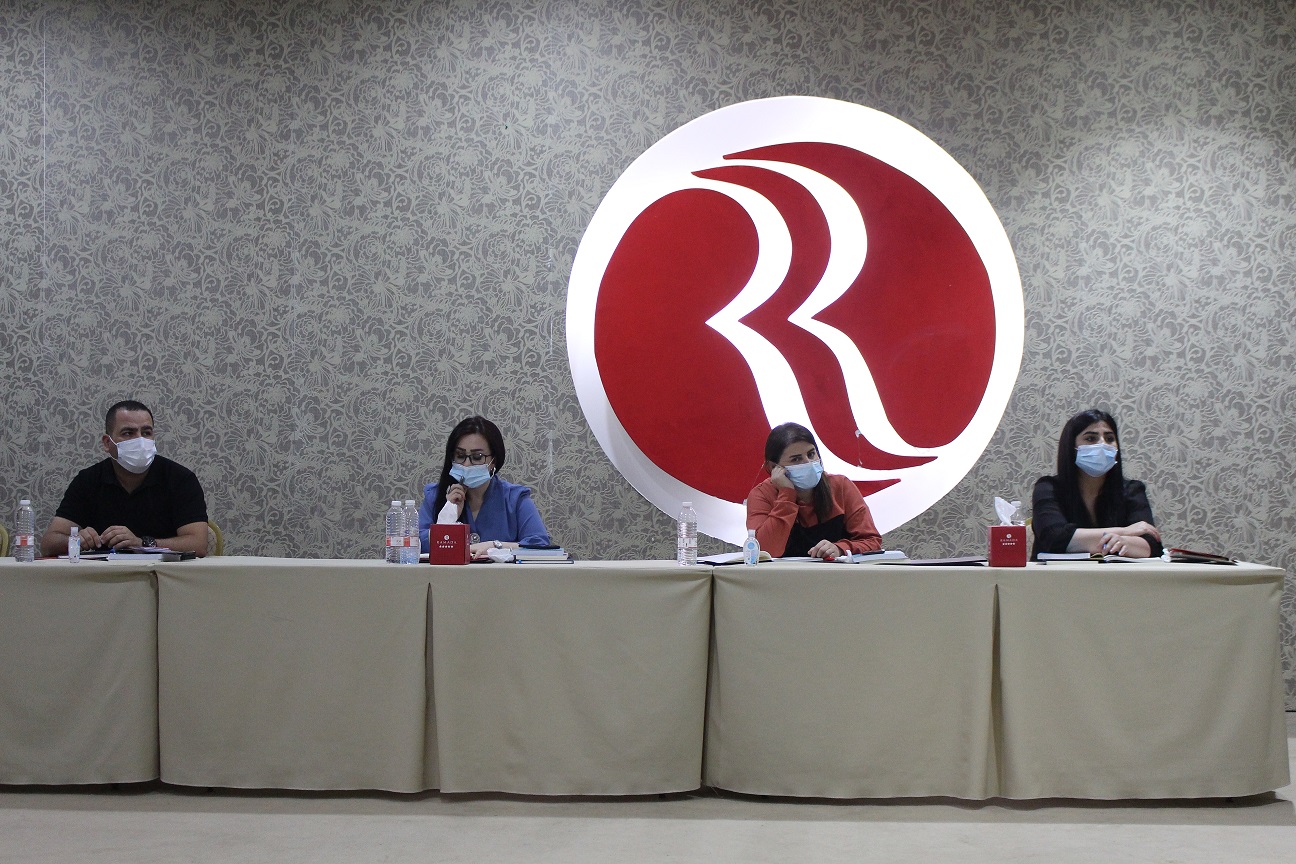 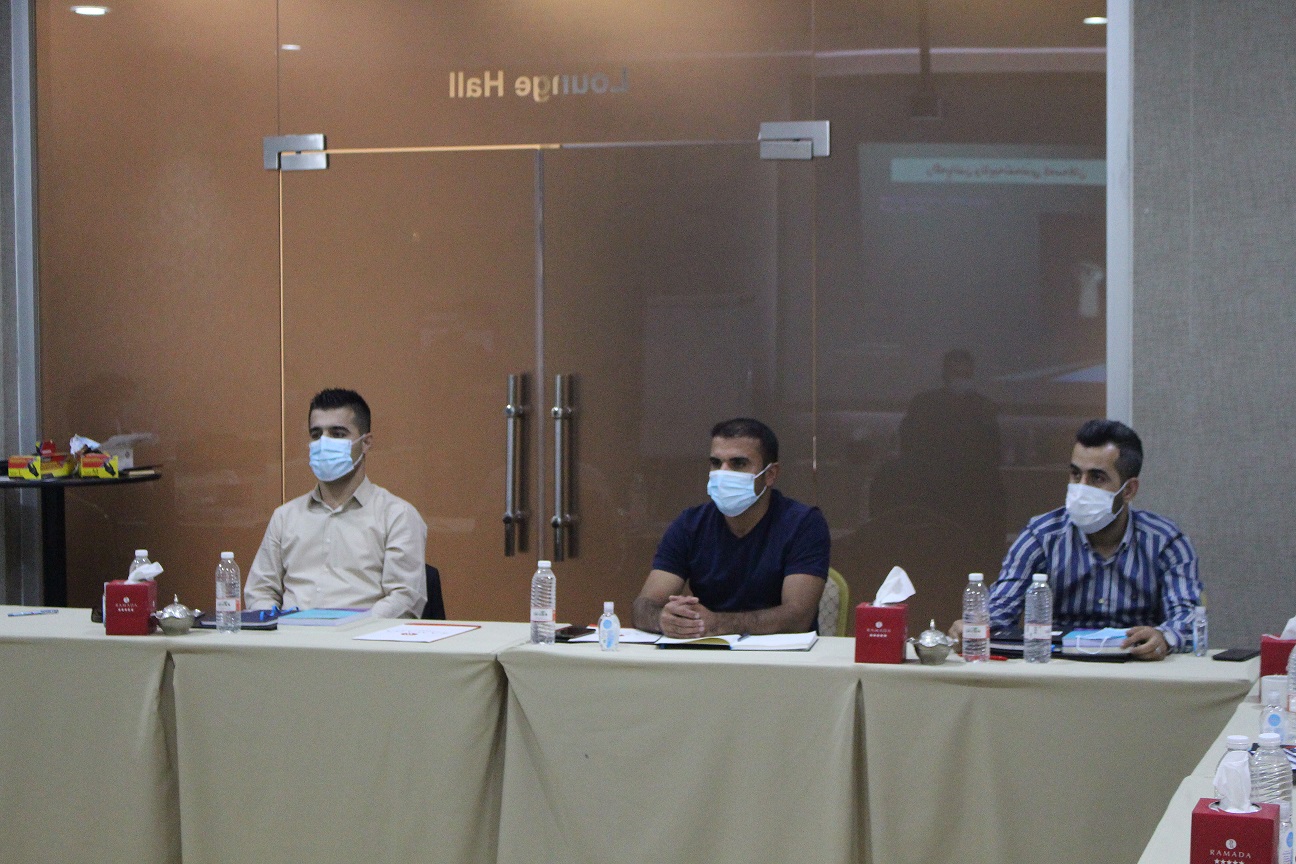 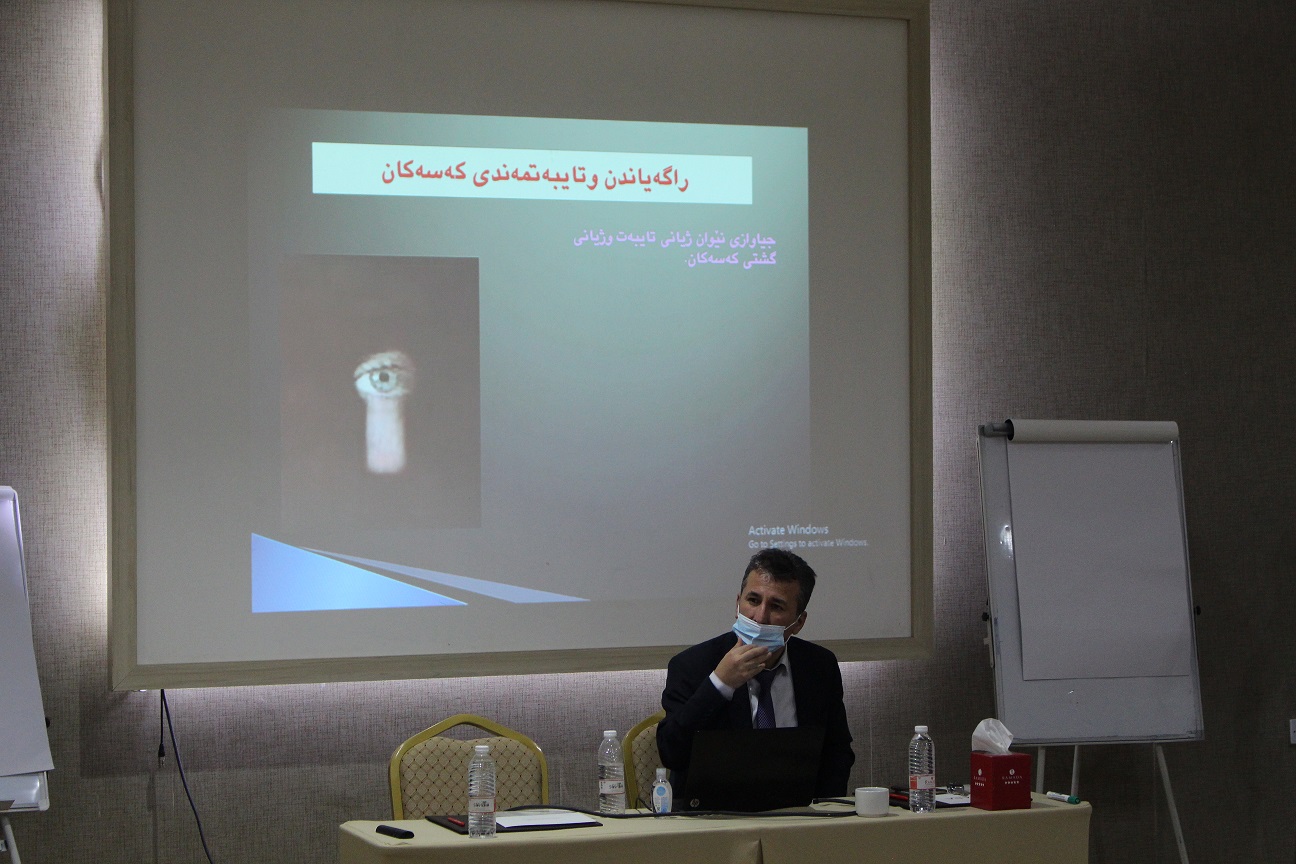 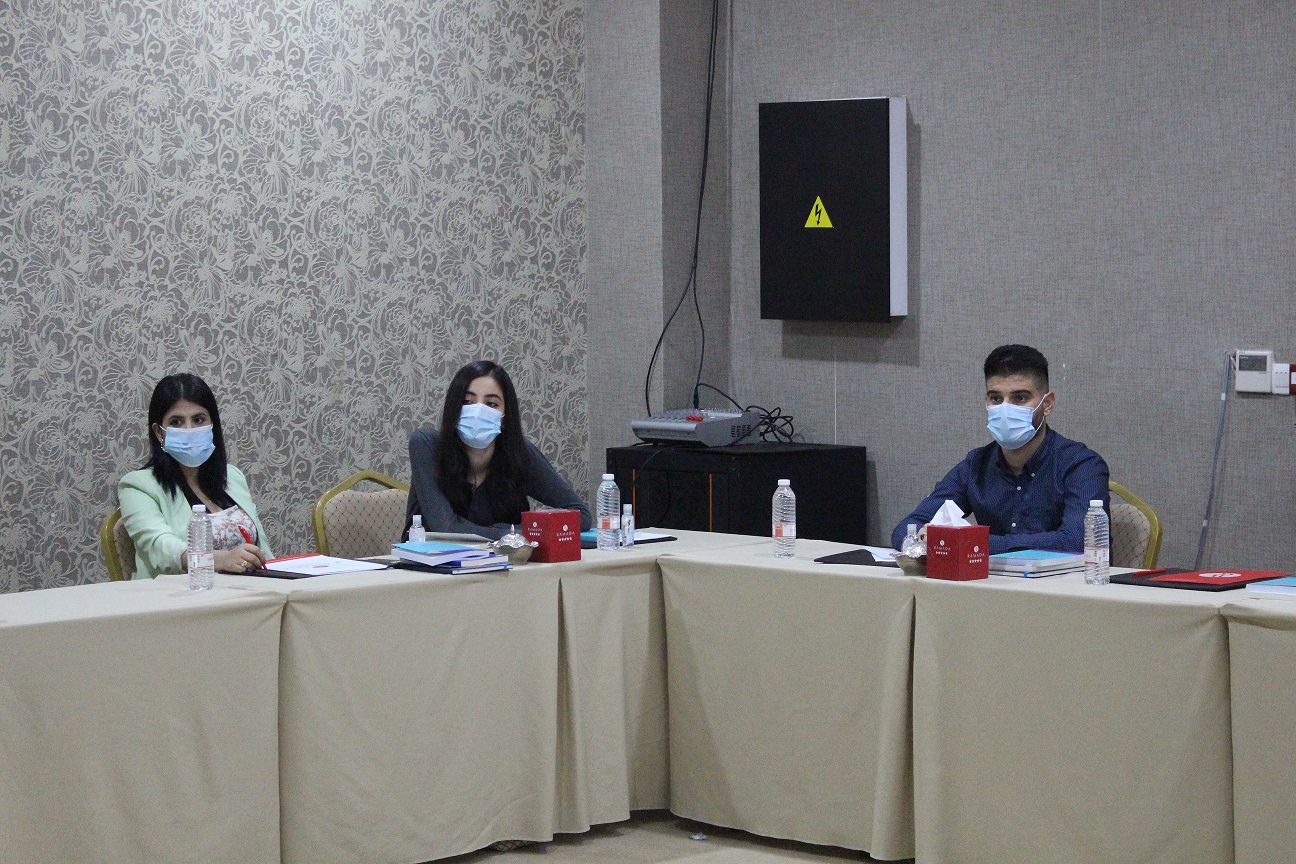 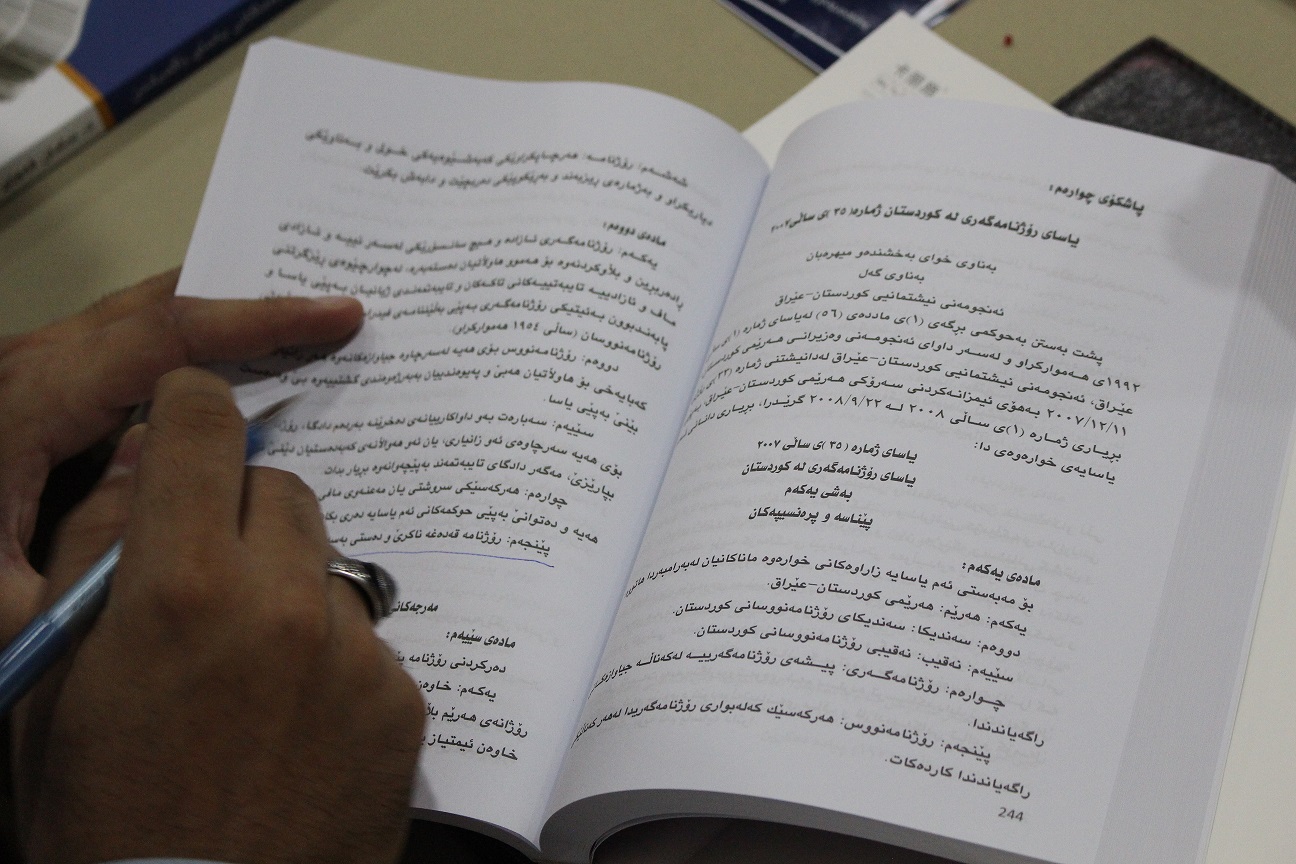 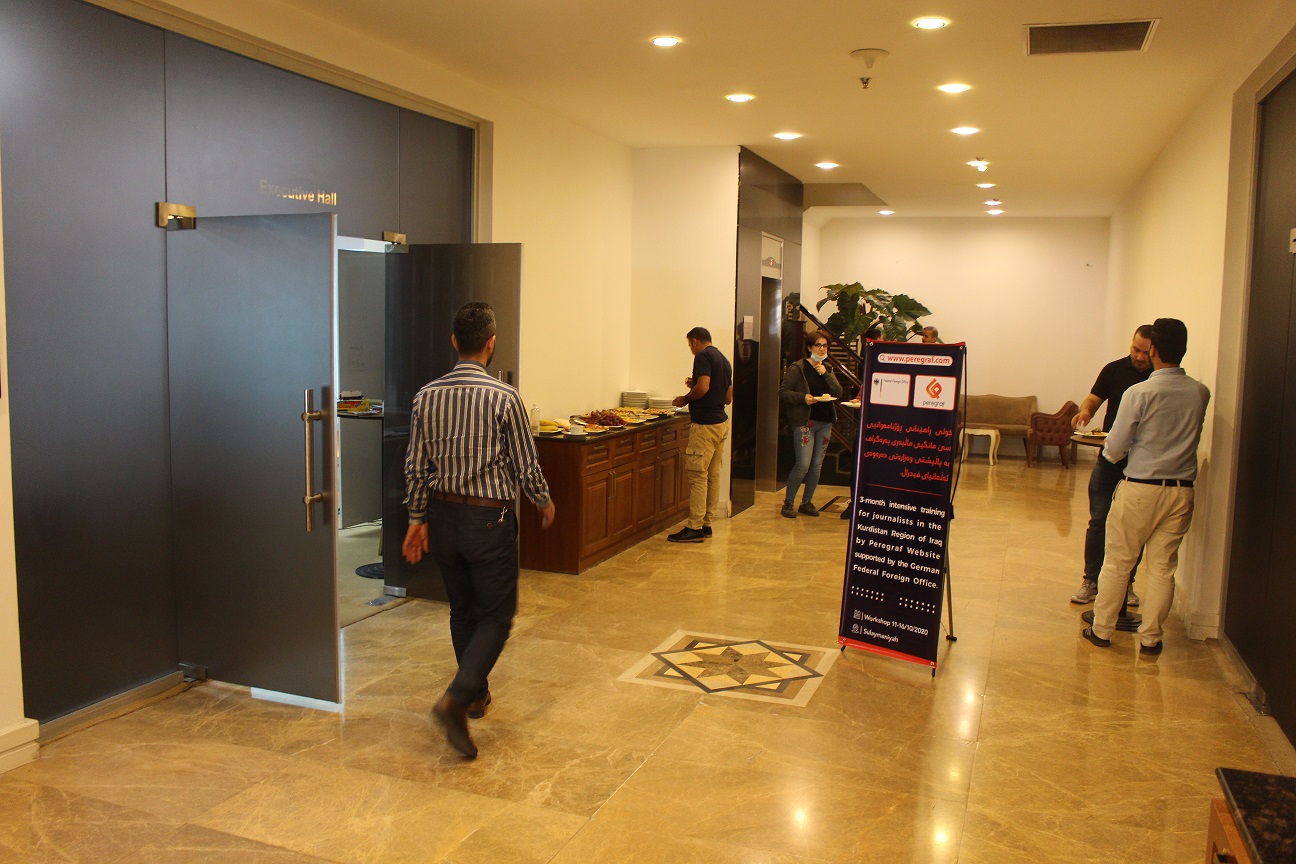 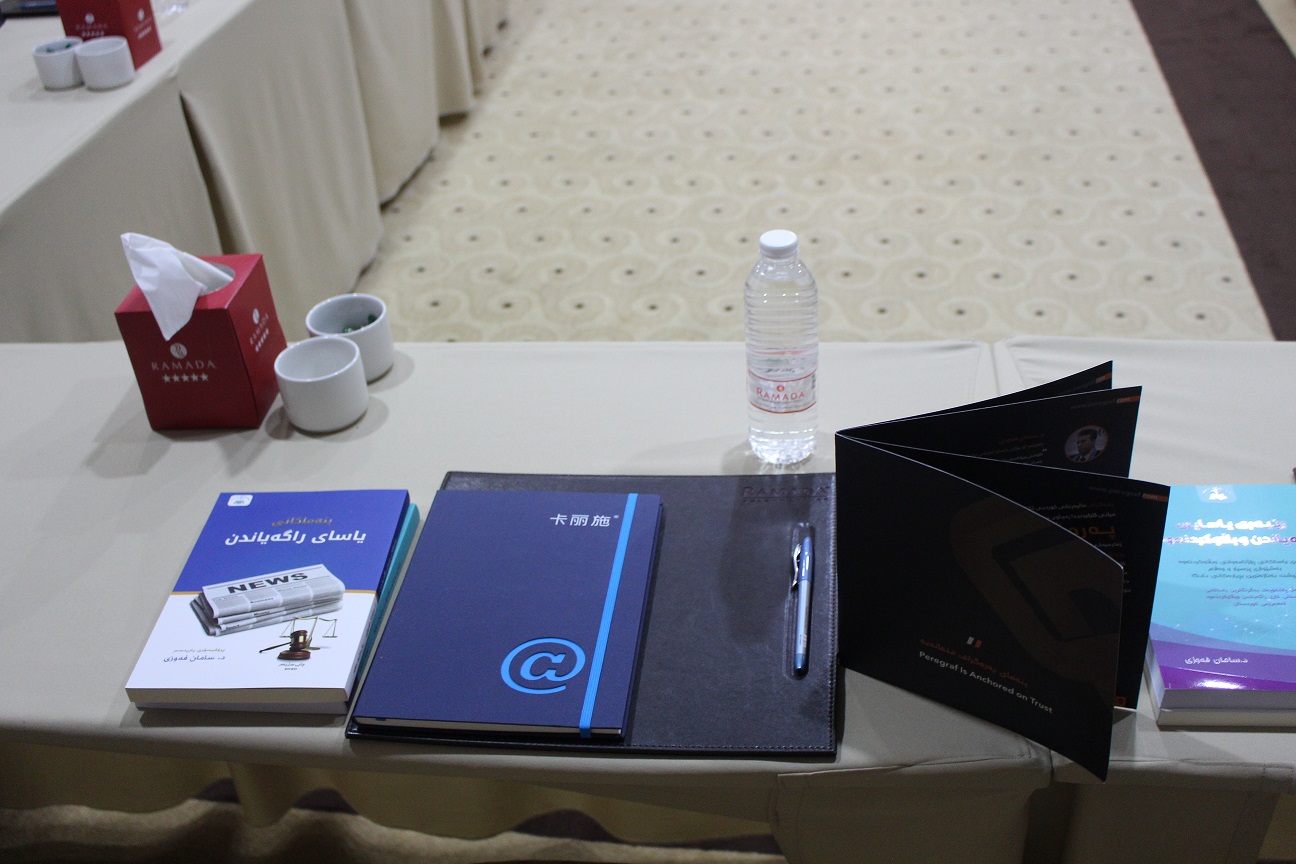 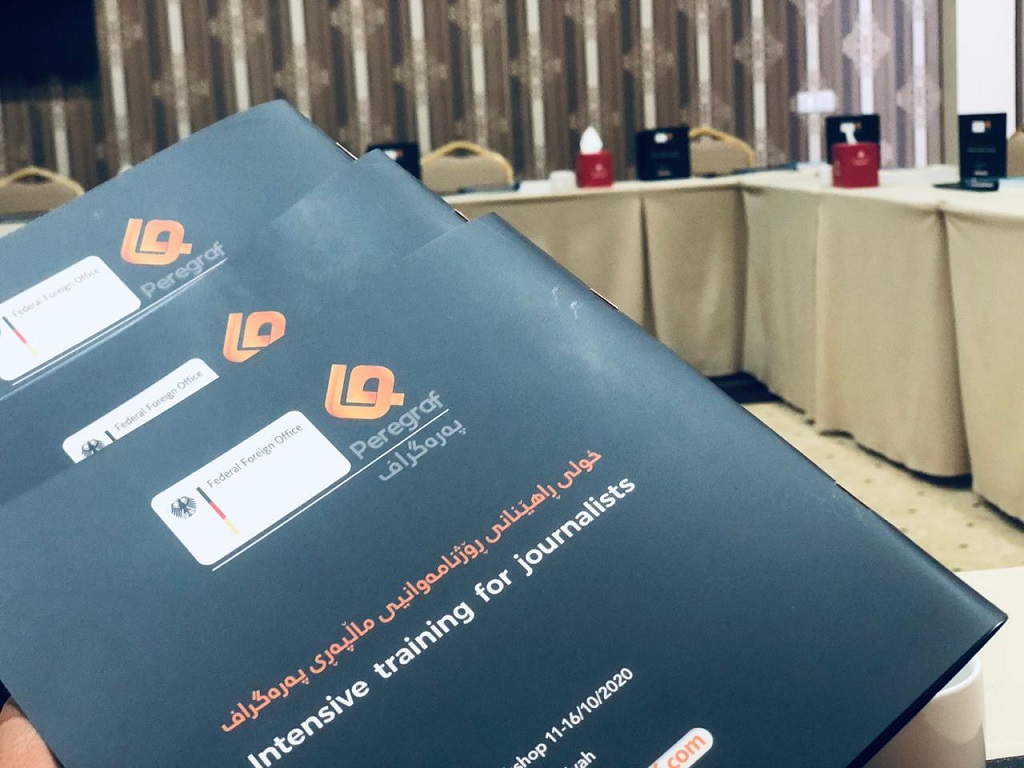